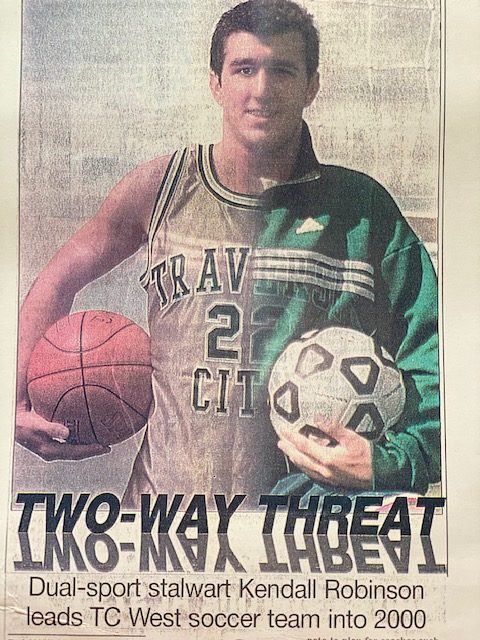 Kendall Robinson, 2001 grad, was one of the most influential athletes on campus when our school opened in 1997.  The dual sport star started as a freshman for our soccer & basketball teams.  Both programs were dominated by underclassmen and endured some tough times; the soccer team posted a 7 win & 13 loss campaign in 97’ while the inaugural basketball season yielded only 4 victories in 21 games.  Kendall was a special talent that ultimately drove those teams to success winning Big North Conference titles in each sport as a junior along with an MHSAA district basketball crown.  Mr. Robinson was the Big North Conference player of the year in soccer and basketball,  All-State in soccer as a senior and recognized by the Detroit Free Press and Basketball Coaches Association of Michigan for All State honors in basketball his junior and senior seasons. The standout striker set the early mark for single season goals and career goals for soccer but those have since been eclipsed by Vance & Townsend. He still holds West boys basketball records for career points (1295), single season scoring average (20.5 ppg) & single season steals (62).  Kendall attended Western Michigan University and played Division I soccer for the Broncos. 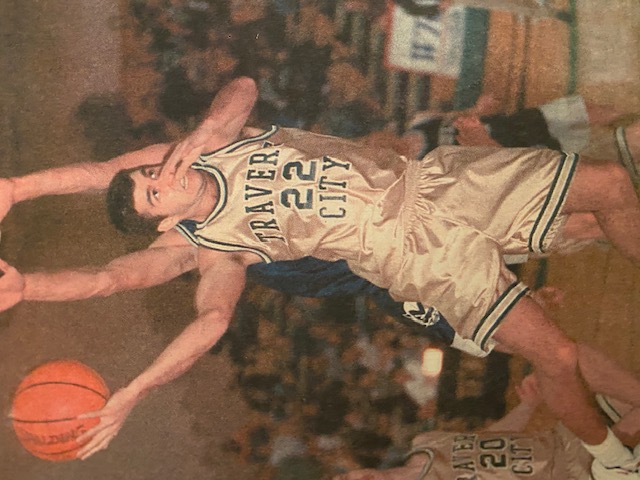 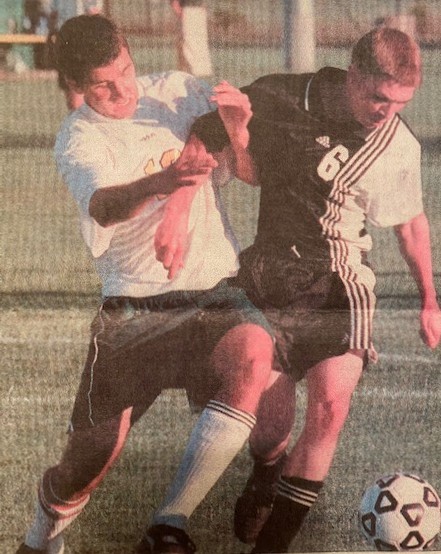