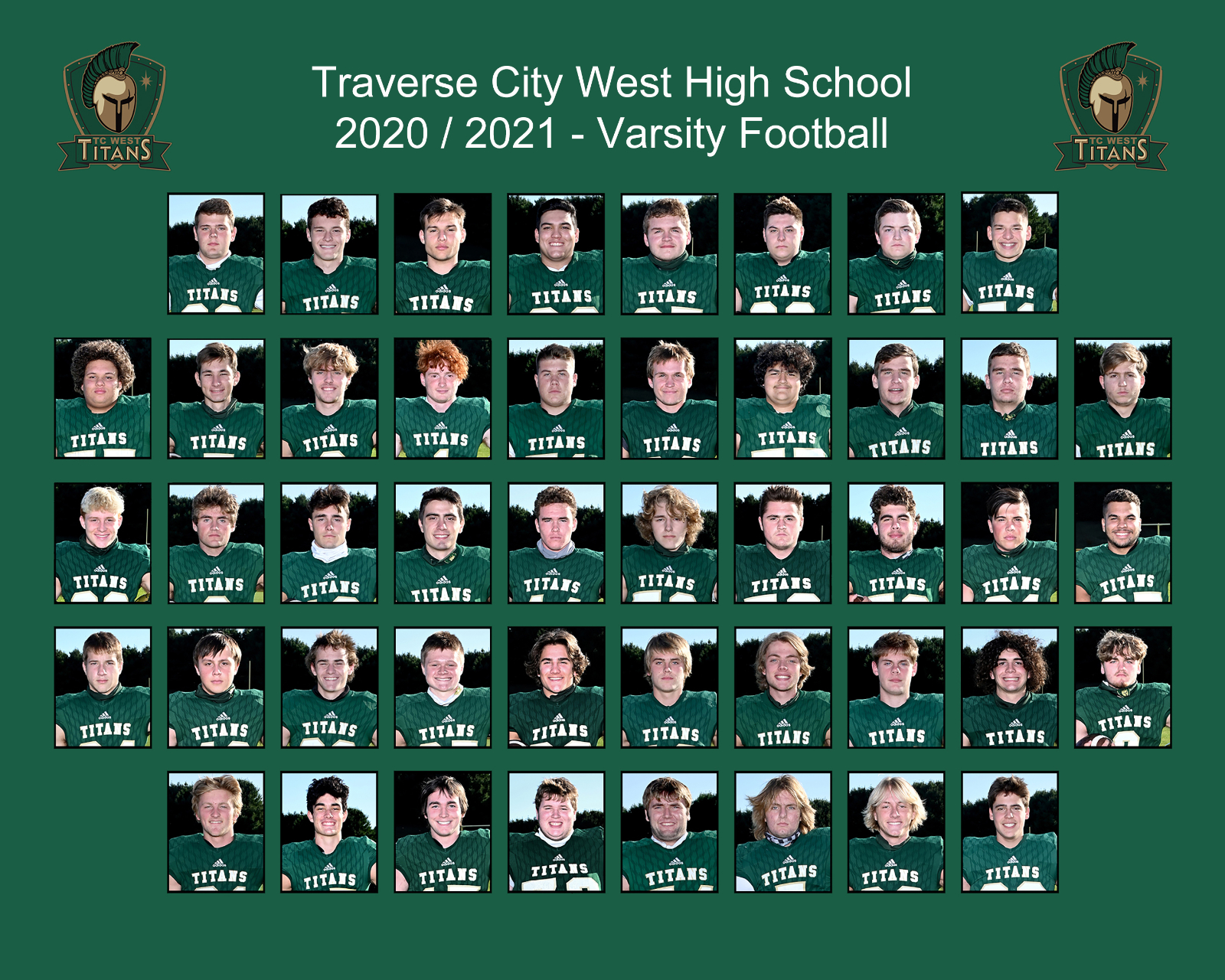 Titan Football waited quite a while to kick off  the 2020 season; this fall brought its share of obstacles but the boys persevered through them.  The team finished 2nd in the Big North Conference with a 5-1 overall record; the group would win an MHSAA playoff game at home vs. Grand Rapids Union ultimately falling to Grandville in the district semifinal.   We had several players earn all conference including first teamers: Patrick O’Connor, Christian Boivin, Michael Elliot, Michael Schermerhorn, Finn Durbin and Danny Rosa.  Second team recipients were: Mel Frechette, Zack Konchek and Peyton Wilkening. Titans also were well represented on the MHSFCA All Region team with Rosa, O’Connor, Boivin, Elliot and Schermerhorn grabbing 1st team honors!  Thanks to all our coaches, parents and players for their efforts in making this season happen; looking forward to a “normal” fall of 2021.