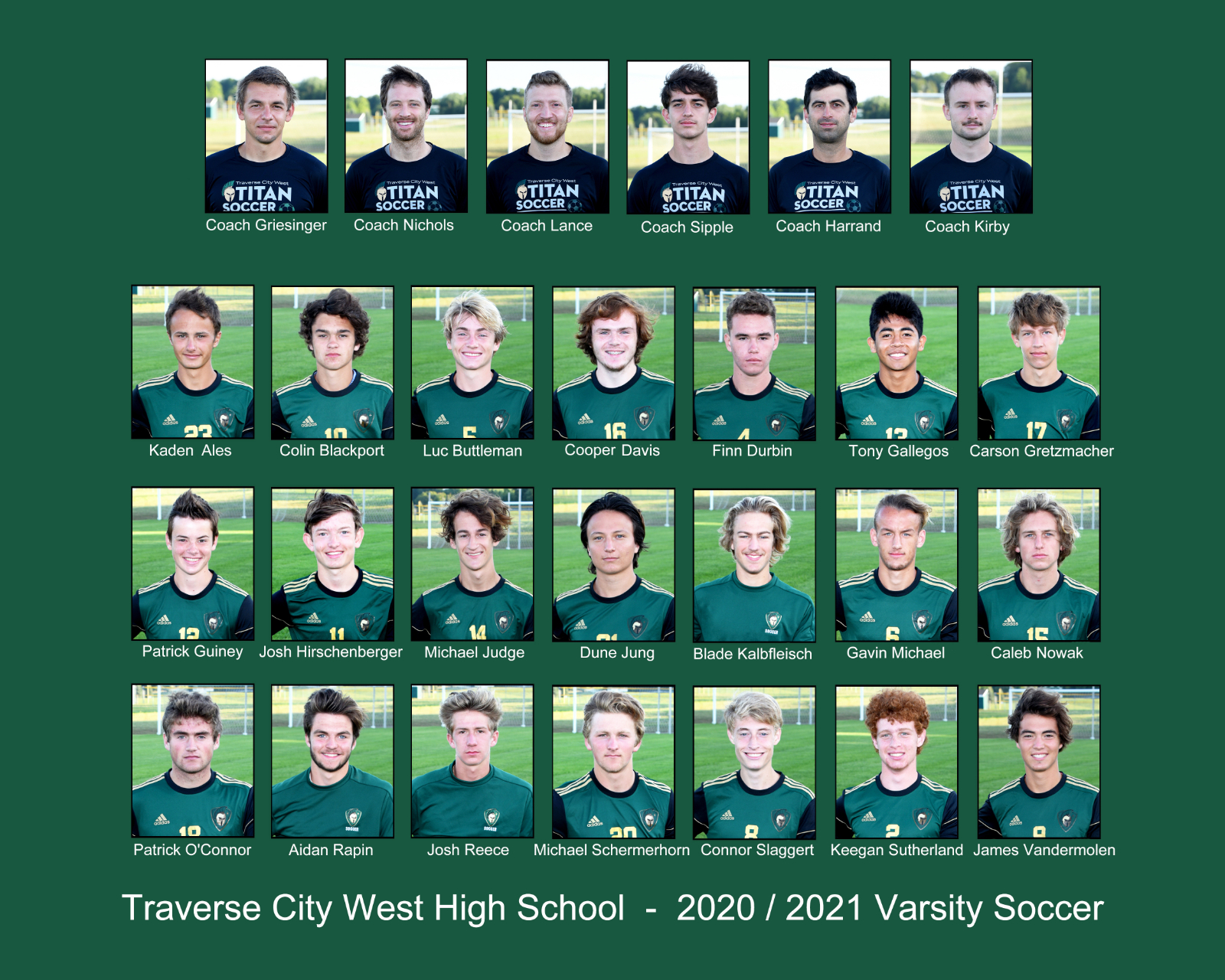 Titan Soccer reached the MHSAA state final for the second year in a row and made some lasting memories this fall season!  The group won another BNC crown as well as district 16  & region 1 championships; they defeated Troy Athens in the semifinal round before falling to Detroit Catholic Central in overtime.   Several players received post season recognition including All Big North Conference selections Gavin Michael, Colin Blackport, Tony Gallegos, Finn Durbin, Josh Hirschenberger, Kaden Ales and Blade Kalbfleisch.   The coaches association handed out top level MHSAA all state recognition with Blackport heading the list as a “Dream Team” member, Gavin Michael was a 1st team All-State selection with Durbin landing on 2nd team, Gallegos 3rd team and Blade grabbing an Honorable Mention spot;  Coach Griesinger was named the “big school” coach of the year for Michigan! All in all this group has had a great run over the last two seasons; thanks to all the parents, players and coaches who made fall 2020 happen. We look forward to more success in 2021– Go Titans!