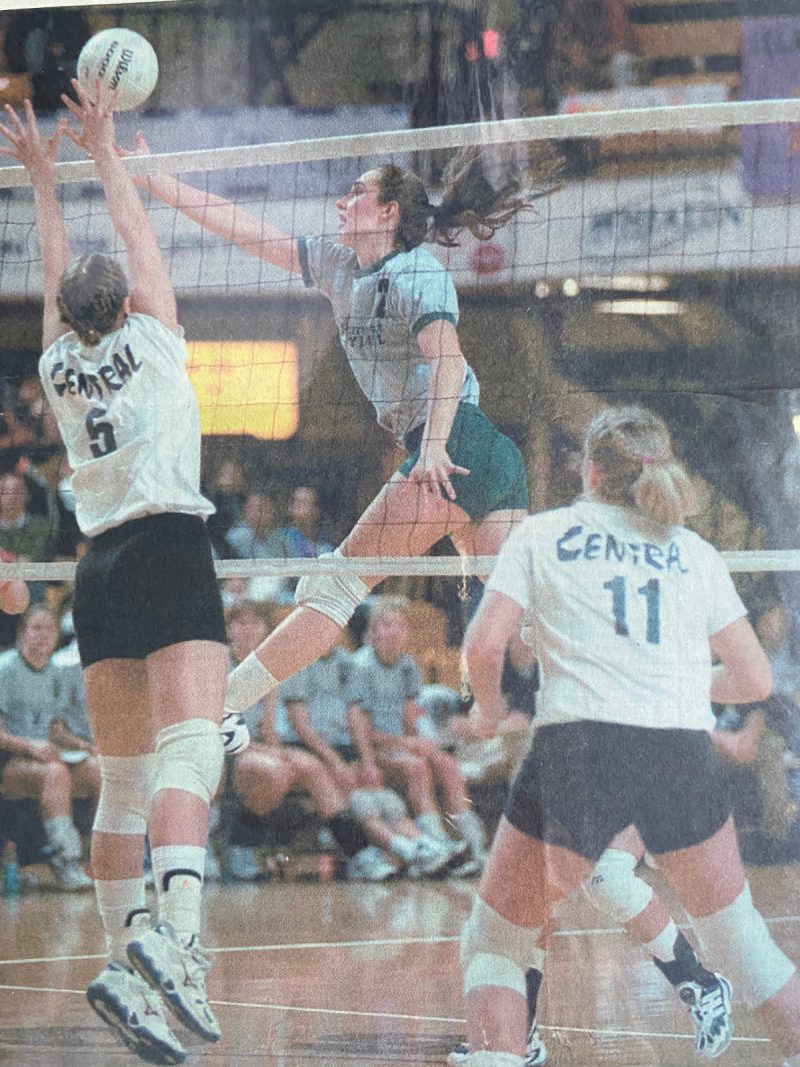 Emily, a 2001 grad, was a three sport star earning varsity letters in volleyball, tennis and beach volleyball which was a MHSAA sport years ago.  She was a dominant athlete who still holds several school records at West including career “kills” for volleyball and career wins for our girls tennis program.  Emily was a part of successful run for our VB team winning four conference & district titles as well as three MHSAA regional crowns, two semifinal appearances and a Division I State Runner-Up finish as a junior.  All Big North Conference in both sports for three years Emily also garnered 1st team All-State recognition in volleyball her last two seasons as a Titan and was a member of the MHSAA Dream Team as a senior.  She went on to play four years of DI volleyball at Central Michigan University making the all freshmen team in 2002 and 1st team All Mid American Conference in 2003.  This all time athlete still holds Chip records for career kills and is the only player in CMU history with over 1000 kills & 1000 digs.  Emily returned to West as our girls varsity volleyball coach and continues to add to her legacy as an all time Titan great.