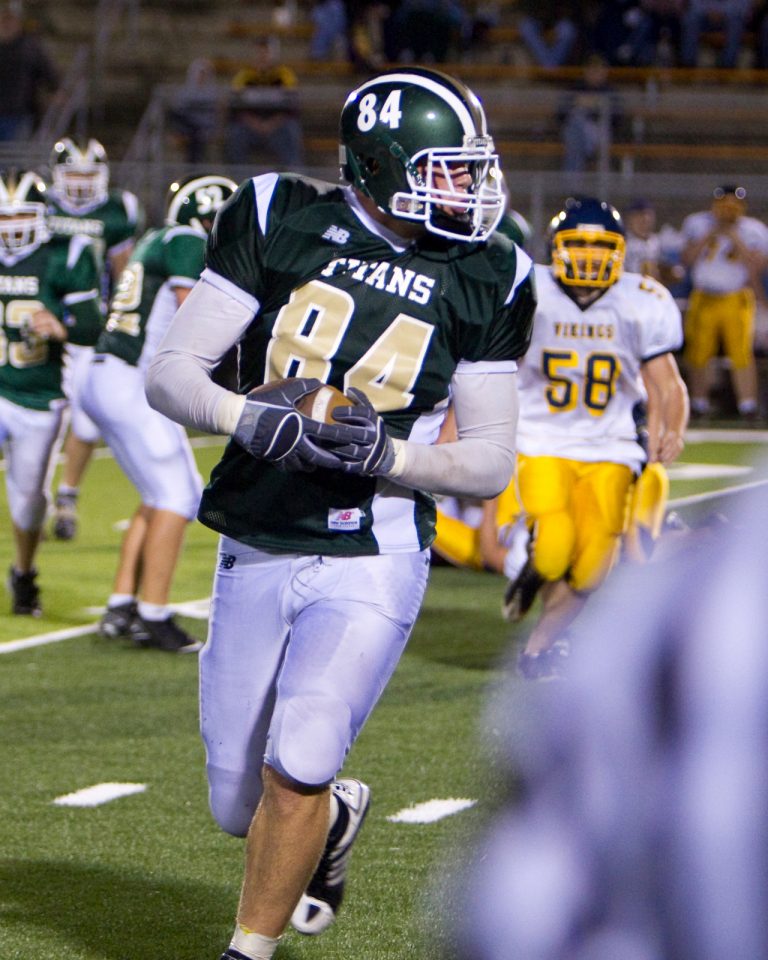 Jake, a 2011 grad, transferred into West midway through his high school career earning two varsity letters in basketball and football.  He played a big role on both teams leading the Titans to a Big North Conference basketball title as a junior, two BNC football championships and MHSAA play-off appearances in both his junior and senior seasons.  Jake was all conference in both sports but leaned more toward the gridiron where he landed on top recruiting lists all over the country as a 1st team All State selection and MHSAA football dream team member in 2010.  Fish would ultimately choose Oregon University and enjoyed a great career with the ducks; the high school tight end moved to the offensive line and helped a dynamic offense reach the College Football National Championship game in 2014.  Jake, a three year starter at Oregon, was named 1st team All PAC 12 as a senior and also was recognized as an NCAA All American by the Football Writers Association of America.  This all time great was selected in the second round of the 2015 draft by the Cincinnati Bengals and played four seasons in the National Football League.