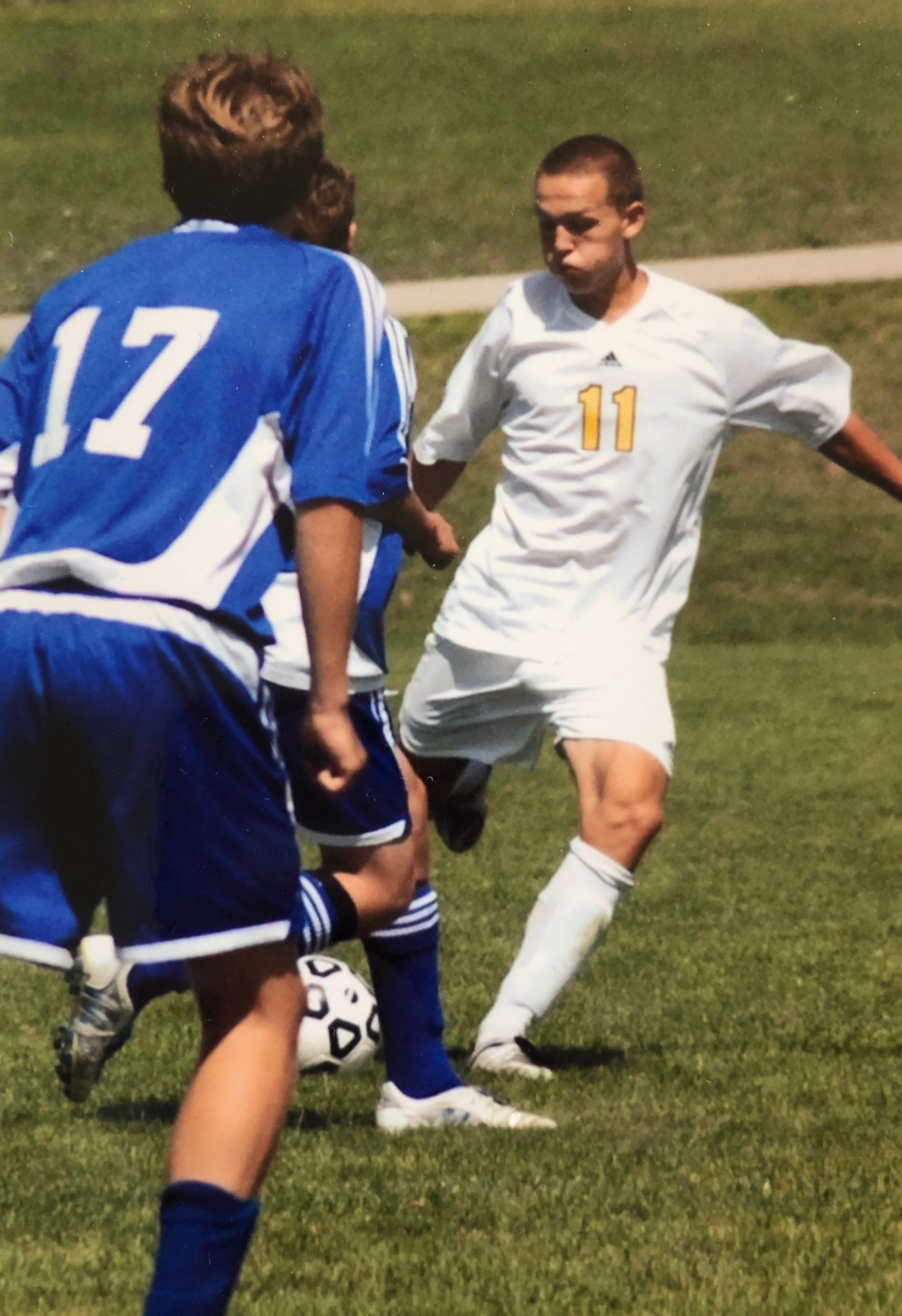 Casey Townsend is a 2007 graduate who earned letters in soccer  & basketball.   He was a starting point guard on the basketball team as a sophomore using his quickness & anticipation to create turnovers and easy buckets; that team would go on to win conference and district titles.  His involvement with the US national youth soccer program prohibited him from continuing on the hardwood but he would shine on the soccer field for West.  A varsity starter from his freshmen year on Casey was a part of four Big North Conference & MHSAA district titles, a regional crown and would ultimately deliver a Division I State Championship to West in the fall of 2006 scoring the only goal in a 1-0 win over Livonia Stevenson.   The Kid would collect a number of  individual accolades, he was an All State soccer player his final three years of high school,  two time Gatorade Michigan player of the year, two time NSCAA All American, three time Parade Magazine High School All American, Michigan Coaches Association Dream Team member for two years and the only two time winner of the state’s Mr. Soccer award (2006 & 2007).  Townsend holds school records for goals in a career (105) and goals in a single season (53);  This all time great graduated at semester of his senior year and enrolled at Maryland University; there he would start as a freshmen and win an NCAA Division I  National Championship with the Terrapins in 2008.  During his time at Maryland Casey was one of the top goal scorers in the country finishing 4th on the all time Terrapin list.  He would be named 1st team All ACC twice along with  All American honors and a Herman Award semifinalist finish, as the nations top player, in 2011.  After graduation Mr. Townsend was selected as the MVP at the Major League Soccer scouting combine and would go on to be selected 5th overall in the 2012 MLS Super Draft.  Casey enjoyed an 8 year professional career including winning a Lamar Hunt US Open Cup Championship with DC United in 2013.